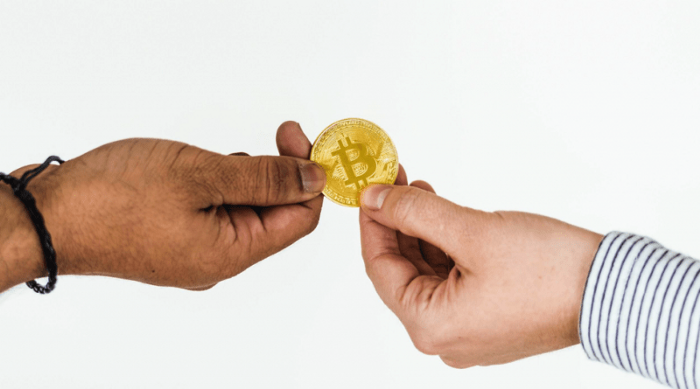 DeFi is taking the world by storm. At the time of writing, there are more than 3.9M ETH worth of wrapped ERC20 tokens locked up as collateral in MakerDAO's smart contracts. A newer product such as MIMO has seen over 15M€ being invested in it over the past few days.

Because of DeFi's prominence on Ethereum, it would seem like Bitcoin is destined to miss out. Wrapping your bitcoin in an ERC20 token on Ethereum to access DeFi products is a possibility, but it doesn't appeal to everyone.

True DeFi for Bitcoin is starting to become a necessity.

Inspired by traditional finance, collateralized loans have become very popular in the DeFi world. They are relatively simple: a borrower needs to stake a certain amount of one asset to receive a loan in a different asset. The amount the borrower has to put up is determined by the loan's Loan-to-Value (LTV) ratio. For conventional loans, assets such as real estate, cars or shares can be used as collateral; DeFi loans are backed by cryptocurrencies instead.

The point of these DeFi loans is to give the borrower access to the fiat value of their crypto assets without having to sell them; the lender gets some interest in return. Blockfi and Hodl Hodl are well-known service providers in the DeFi borrowing space. While Blockfi is a fully custodial service, Hodl Hodl aims for peer-to-peer lending, but the platform remains part of the multi-signature smart contract to resolve any disputes.

It turns out that true trustless peer-to-peer loans are indeed possible using transaction covenants on Liquid.

When you broadcast a Bitcoin transaction, the network ensures that certain consensus rules are enforced e.g. that your transaction doesn't create (or destroy) money.

The network also verifies that you have met the spending conditions of all the transaction inputs. For standard payments this just means looking for a valid signature on the stack. If instead you're redeeming a HTLC, the preimage of a particular hash would be required.

Covenant scripts are not possible on Bitcoin (yet), but they can be used on Liquid, which is as close as it gets to real Bitcoin.

Our current version of loans on Liquid looks like this:

A lender publishes loan offers somewhere on the internet. One such offer would include: the principal amount they are willing to lend; the required collateral amount a borrower would need to contribute; the interest which the borrower would need to pay in the event of reclaiming the collateral; how long the principal can be borrowed for, or loan term. As an example, the lender could offer L-USDt-based loans, asking for L-BTC as collateral.

After a borrower accepts the loan offer, the two parties collaboratively create the loan transaction. This transaction consists of 2 inputs

These constraints are expressed using Liquid's scripting language, which is an extension of Bitcoin Script.

Our implementation of the collateral contract, together with the loan protocol, can be found in this soon-to-be-merged PR.

While the script may seem very complex, the logic is actually quite simple. It is split in two branches:

The second branch simply allows the lender to spend the collateral contract if enough time has passed since the loan transaction was mined.

What made implementing this particularly interesting and challenging was using confidential transaction outputs. Using them, an uninvolved party cannot even tell that a loan has been issued.

The interested reader may have noticed that the implementation described above lacks one important part of a borrower-lender contract: the ability to liquidate the loan. As implemented, the borrower does not risk being liquidated if the value of the collateral drops and the LTV ratio reaches the critical threshold.

In our future work, we would like to explore exactly this and combine our simple covenant script with a DLC to allow the lender to liquidate the loan if the price (coming from an oracle) warrants it.

As the immediate next step we plan to integrate the protocol into our browser extension Waves so that it can actually be used. We are super excited about this, because we're inching closer to having truly trustless borrowing and lending for our precious Bitcoin.

Cheers, Lucas, Philipp and the rest of the COMIT Team.

PS Does the work we do sound enticing? We are hiring! Drop us an email at job at coblox.tech and tell us why you think you are a great fit.

PPS Do you want to learn more and stay up to date? Join our matrix channel: comit-liquid.